There’s a well-known thought experiment constructed by Carl Sagan, known as the “Dragon in the Garage”, which he presents in one of his best-selling books, The Demon-Haunted World.[i] Sagan imagines a situation in which one person is trying to convince another that there is a fire-breathing dragon in their garage. Every time the skeptic raises an objection against it or just a way of empirically corroborating the claim, he is told that the dragon has some feature, which would rule out that type of test. For example, the skeptic says that he cannot see any dragon in the garage, to which the reply is given that the dragon is really invisible. The skeptic suggests spreading flour on the floor so that the footprints of the dragon would become clear, but is told that the dragon levitates and so this test wouldn’t work. The skeptic suggests infra-red sensors so that the heat from the fire-breathing dragon would be picked up, but is told that the fire is really heatless. Thought experiments like this are regularly used by atheists to argue against religious claims, by contending that these cases are analogous to religious claims in a way significant for our knowledge (or in an epistemologically significant way). A related case is that of Bertrand Russell’s teapot. Russell imagined a teapot that circulated the sun, but which is, like Sagan’s dragon, apparently immune to empirical disproof (or so they tell us). Russell also deemed this to be importantly analogous to religious claims.

While expositing the thought experiment, Sagan tells us, “Claims that cannot be tested, assertions immune to disproof, are veridically worthless, whatever value they may have in inspiring us or in exciting our sense of wonder.”[ii] Sagan is pointing to what is sometimes called the fallacy of unfalsifiability. This is perfectly true, but Christian truth claims, especially the Resurrection of Jesus, are not unfalsifiable. Even on Reformed Epistemology, which contends that Christian belief is basic (it requires no evidence but is vulnerable to defeaters) does not make Christianity unfalsifiable. The existence of God is open to logical and empirical disproofs (such as the problem of evil, the paradoxes of omnipotence etc.) And Christianity has a sacred text, which is, in principle, open to all kinds of different attacks. Unlike Sagan’s dragon, Christianity is not unfalsifiable.

But an important question to ask is whether Sagan is specifically talking about empirical tests or simply rational tests in general. This is an important question to address, because it is typical for thought experiments like these (including Russell’s teapot) to draw support from the glorification of the scientific method and the idea that a claim must be empirically testable or provable before it can be valid. If only empirically testable propositions can be admitted as knowledge or as having claim to being knowledge, then we are dealing with logical empiricism – a radical empiricism developed during the first half of the 20th century by a large group of philosophers (perhaps most notably A. J. Ayer). It has been pointed out since that logical empiricism is self-contradictory, because the contention that only propositions which can be empirically tested should be admitted as knowledge, is itself a proposition which cannot be empirically tested. But apart from this, there are many things we believe that simply can’t be empirically verified including the reality of the external world, the existence of the past, the existence of other minds, the scientific method, moral truths and aesthetic truths.[iii] We might add to this list the existence of the self and the conscious first-person point of view, because these things cannot be scientifically explained. By “cannot” I don’t mean they simply haven’t been explained scientifically or that it is unlikely that they will be explained scientifically. I mean that one cannot explain them naturalistically without fundamentally altering what is normally meant by them. The first-person experience of consciousness cannot be explained naturalistically, because this would mean that the only real element of first-person consciousness is the brain process underlying it. The actual experience is an illusion, which just seems wrong. Clearly, our first-person experience of consciousness is real and not simply because the underlying brain process is real.[iv]

At the end of the day, Russell’s teapot and Sagan’s dragon are both simply uncharitable rhetorical strategies to make your opponents’ position look ridiculous, and which have unjustifiable assumptions to support them. The only reason that these cases might be effective is through their implication that there is no good reason to believe that God exists, that all claims must be empirically testable or verifiable, and the notion that theological claims are unfalsifiable. As I’ve tried to show, all of these assumptions are false, which make these thought experiments void as arguments for atheism. 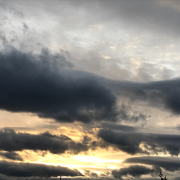 Andries was born and bred in Johannesburg, South Africa before deciding that he was really Canadian. So he headed to the frozen wonderland at the start of his university education. Andries particularly enjoys writing about himself in the third person, but his other interests include philosophy and Christian apologetics. He holds a BA in philosophy from the University of Calgary and an MM from UBC.

[iv] There are, of course, philosophical theories that try to get around this problem by positing the mind as an emergent property so that the first-person point of view is retained as real, while the naturalistic underpinnings are still sufficient for the first-person experience (i.e. the whole is greater than the sum of its parts). The point is, however, that an approach to the mind that is purely scientific does not work. Even if the mind is an emergent entity, this point still holds. A mere appraisal of neurology, on its own, cannot explain our first-person conscious experience. One will always need to move beyond a network of neurons and brain chemicals, regardless of how one moves beyond them, and no matter how advanced our understanding of them becomes (because they have a fundamentally different quality or nature in comparison to our consciousness experience).

Special thanks to Apologetics Canada